“You get home one night - your wife hits you with a baseball bat. Likely causes: the fact that you hadn't thanked her for dinner in eight years, or the receipt for fur handcuffs that she found in your pants? Sudden onset equals proximate cause.” - House, M. D.

Sometimes patients who come to see me have been to another therapist before, and are convinced that the their back pain is being caused by the fact that their legs are slightly different lengths.

Once in a while, that may actually be the case. I had one patient with quite a pronounced leg length difference, owing to a nasty fracture he’d had a few years ago. He’d recently begun suffering from back pain that came on whenever he had to lift things repeatedly at work. His lifting movements did indeed look and feel uncomfortable. Raising the heel on his shorter leg immediately made them much easier, so I referred him for some orthotics. Lo and behold, the back pain got better.

But then, there was the rugby player who came to see me with acute lower back pain. It had come on suddenly during a game, following a tackle. The physio he’d seen had decided that his problems were caused by the fact that his left leg was about half a centimetre longer than his right.

In this case, I was skeptical. For a start, most of us have legs that are slightly different lengths, and in fact, 0.5 cm is about average for the difference. If a therapist goes looking for small leg length differences s/he’ll very often find one. This doesn’t mean that it’s causing the pain. The human body is very adaptable, and in most cases the fact that we’re not completely symmetrical doesn’t turn out to be a problem.

Then there’s the fact that this guy had been walking around quite happily with one leg half a centimetre longer than the other for at least 20 years. I ventured to suggest that the sudden crippling lower back pain might have more to do with the fact that he’d collided at speed with opponents the combined weight of a small car.

“Ah, but…” I hear a chorus of therapists objecting “…it’s the imbalance caused by the leg length difference that slowly weakens the tissues and leaves the back more vulnerable to forces that it would ordinarily be able to resist". Or, to get back to Dr House's analogy in the opening quote, not thanking your wife for making dinner for eight years didn't cause her to snap, but perhaps it made her less tolerant of your fur handcuff indiscretion.

I think for our rugby player that’s a stretch, although in other cases it might seem a plausible line of argument. But the evidence on the subject is conflicted. Some studies investigating the relationship between lower back pain and small leg length differences have found a link; others have not. To further complicate the issue, if a person has a long standing leg length difference (pardon the pun), then correcting that with an orthotic sometimes makes their pain worse rather than better. Telling people that they are “lopsided” and need regular treatment to “balance them out” is also likely to do more harm than good.

The moral here is that each case needs to be looked at individually, together with the patient’s history, symptoms and other examination results. Simply identifying a leg length inequality and then blaming it for everything else is lazy diagnosis, and can lead to poor patient care.

Some identifying details have been altered to ensure patient anonymity. 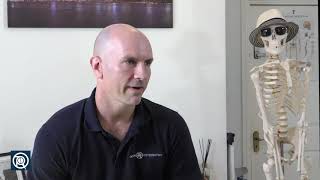 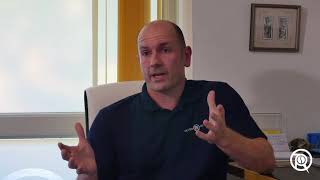